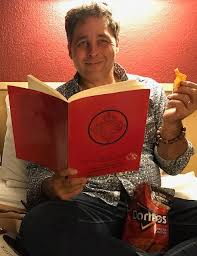 Tashi Armstrong moved to Karme Choling ,a Buddhist Meditation Center under the direction of Chogyam Trungpa Rinpoche, in 1984 at the age of 21 and began his formal training then.  He received empowerments and instruction from Trungpa Rinpoche and the Vajra Regent Osel Tendzin while in residence at Karme Choling and during the 1986 Vajradhatu Seminary at Rocky Mountain Dharma Center in Red Feather Lakes, Colorado.  Tashi was stationed at Gade Gar as a Dorje Kasung during the preparation and parinirvana -cremation of Trungpa Rinpoche at Karme Choling and did service in the Purnachandra.    He has lived within Trungpa Rinpoche’s mandala from his early days at Karme Choling and at the major metropolitan centers of that mandala, including Boulder, Colorado and Halifax, Nova Scotia.  He voluteered to staff the 1992 Seminary as a cook at Rocky Mountain Dharma Center in Red Feather Lakes, Colorado and worked on the staff at that Center in 1993-94.  He has received the abhisekas of Vajrayogini and Chakrasamvara from Sakyong Mipham Rinpoche and the lung for the Sadhana of Guru Padmasambhava  from Trime Lhawang, Patrick Sweeney.   In 1994 he returned to his home in Maine.    In 2006 Tashi established the Dzogchen Meditation Center  which is dedicated to engaging the pith teachings of the Vidyadhara Chogyam Trungpa Rinpoche and Vajra Regent Osel Tendzin within a retreat setting.  After Trungpa Rinpoche's parinirvana in 1987 Tashi continued his studies with other Tibetan Teachers including Chokyi Nyima Rinpoche, Phakchok Rinpoche, His Holiness Dilgo Khyentse Rinpoche and Kalu Rinpoche.  He was introduced to Lotsawa Eric Pema Kunsang's translations in 1990 which were extremely helpful in giving context to the powerful, direct experiences he had with his root gurus the Vajra Regent and Trungpa Rinpoche.

Tashi is not a Lama.  He does not give empowerments, or vows.

Tashi began studying kyudo --the contemplative art of zen archery-- in 1987 with Shibata Kanjuro Sensei within the mandala of Trungpa Rinpoche.  Shibata Sensei made Tashi an instructor in 2000 in the Heki Ryu Bisshu Chikurin-ha school of Japanese Archery.  He no longer is an active member of Zenko International but teaches "mind Kyudo" through annual retreats and personal instruction at Dzogchen Meditation Center.

When not helping to facilitate retreats at DMC Tashi works as a carpenter/handyman.  He co-manages a small hotel adjacent to the meditation center with his wife.   Tashi is a ngakpa or householder yogin.

Tashi lives as a ngagkpa with his khandro at  their home next to the Dzogchen Meditation Center.   They have been married for 24 years and have two grown children.

I will meet you between

Rest your mind on the outbreath.

Then go on a road trip.  Sleep in your car.  Be  homeless.

Feel the edge of loneliness and boredom.

Realize the limits of your self-improvement project.

Do you look at her and see her qualities?

This is your world-- the ultimate one--

Proven at the nadir of this right here.

Thank you.  Have a nice day.